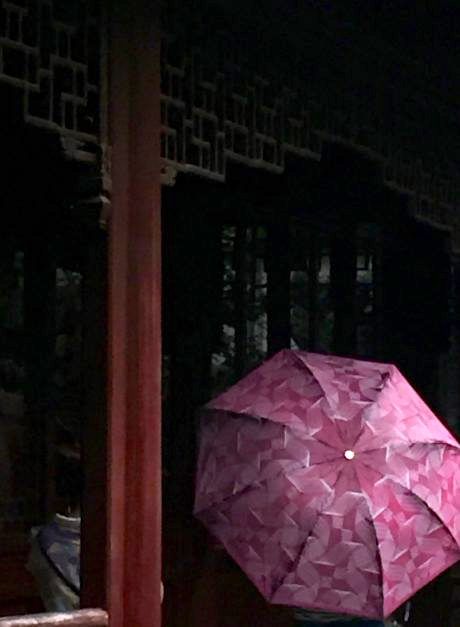 Yu yuan Garden ‘Garden of Contentment’ was built and completed in 1577 by Pan Yunduan, an officer of finance during the Ming Dynasty, 1368-1644. He created the garden for his parents to enjoy the later part of their life. A tradition extant in current Chinese culture – to respect your elders and care for your parents. The temple was constructed in the Song Dynasty (960-1279 AD), with the design elements of ascending eaves and ceramic roofs.

Sitting outside the Yi Fang room was my place of solace from the torrential rain and most importantly, a source of inspiration. The room was designed to create the illusion of a boat floating and moving along the shore. The ambient light was reflecting the warm tones of the wood and the rain created a curious backdrop to draw/paint. I focused on the rhythmic patterns, strong rectilinear lines and concave shaped clay roof tiles.

Beauty, elegance and intrigue resonate as I walk throughout the rooms, courtyards and around the rock formations. The fish and rain created a hypnotic pattern as I moved among the raindrops. The scent of the gardens permeated the courtyards as the wind increased, and the interiors became more prominent as the sun moved behind the clouds.

One of the highlights of the day were 2 young boys who sat by my side (literally) for approximately an hour. They seem to be more curious on how I was going to interpret the environment then joining their family meandering through Yu Garden. Our body and facial gestures were our language of choice and they spoke volumes. My 2 hour respite provided opportunity to connect with people commenting in Chinese, Russian, French, German, Scandinavian and English. Painting among the rain and mosquito's 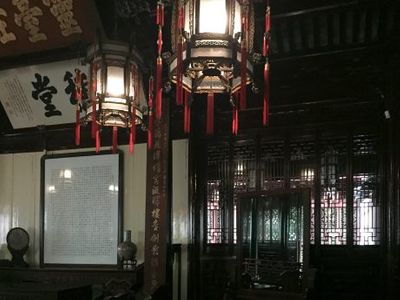 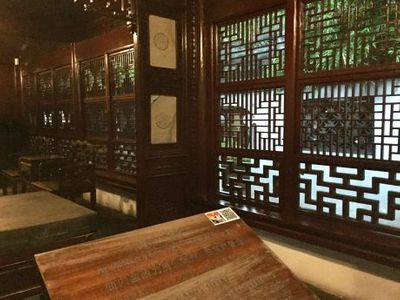 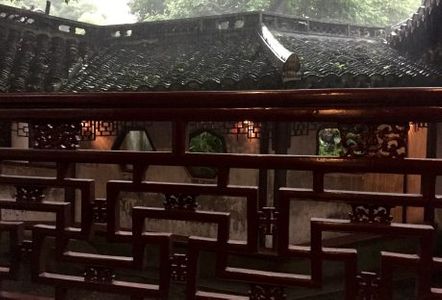 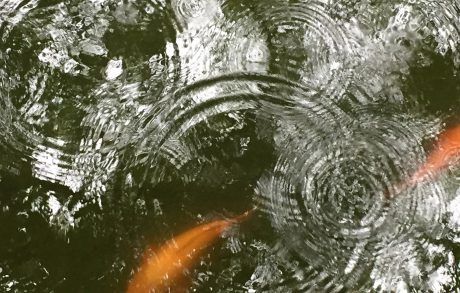 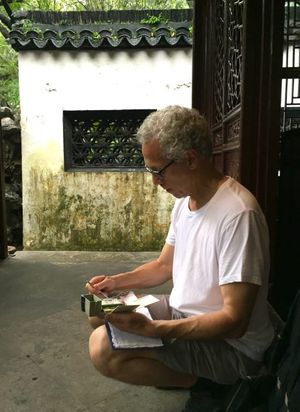 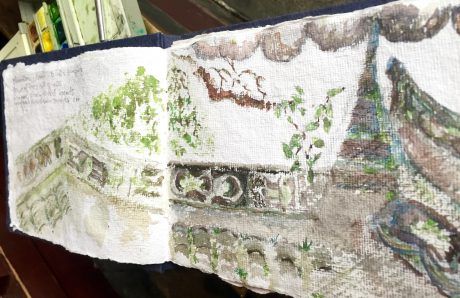 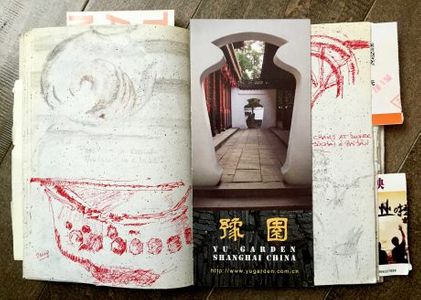 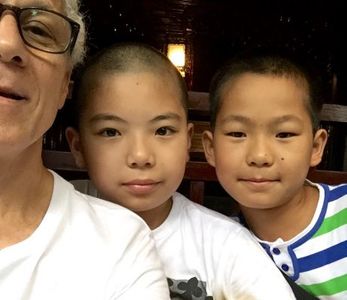